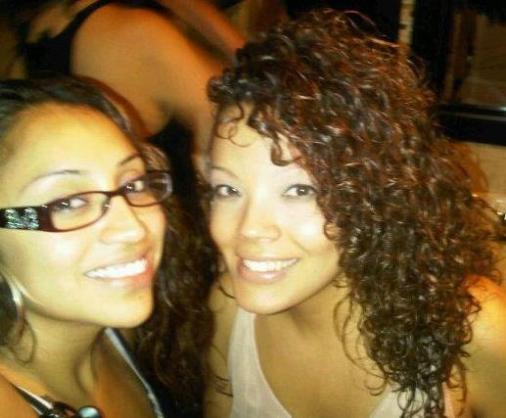 Some years ago, two sweet little angels were born.  They were born on the same day, in the same hospital, about an hour and a half apart.  They shared a few cries together and a bottle of milk as they lay side by side in the baby ward.  After a day or two of hanging out, getting accustomed to this wild, new world, and making a pact to forever be “wombies,” the two friends parted ways.

It wouldn’t be until fourteen years later when the two lifelong friends would reunite again.  Baby #2 turned around in science class and asked Baby #1 when her birthday was.

“That’s my birthday!” screamed Baby #2.  From that day on, Baby #2 assigned Baby #1 the nickname of “Twin,” and they have been best of friends ever since.

In many way, the two friends are alike.  They always catch the same ridiculous thing at the same time and burst out in laughter.  They are members of the Bun Club.  They like Indian food.  They have weird senses of humor.  They hate dumb dudes.  They love jogging at the boulevard (after a few minutes of gossiping).  They enjoy texting each other random texts and memes.  They like to read steamy romance novels (ok, only Baby #1 does).  They also have many differences, but that makes their friendship all the funnier.

Yesterday, the two friends celebrated their twenty-sixth birthday.  Baby #2 has enjoyed every minute of her friendship with Baby #1.  Like the time when Baby #1 angrily clicked her headlights at two Amish children and the two became cursed after then.  Or the moment of complete silence and eruption of hysterical laughter after their friend claimed to not have a crack, that she wished to have a crack.  Or that time they nearly froze to death driving home with a smashed windshield.  Oooor the time Baby #1’s chicharron flew from her mouth to Baby #2’s plate.

The good times are endless.  Shortly after midnight on September 1, Baby #1, named Cindy, texted Baby #2, named Jax (aka me), the following:  Wombie another year down…1000 more to go!!

1000 more years to go?!  I can’t wait!!! Happy birthday to one of the best friends ever, Cindy aka Twin aka Ceej aka Ciji aka Chola aka Kimmie K!

View all posts by jax